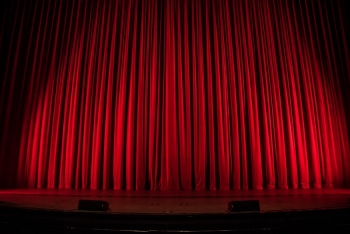 A theatre trip to London

From February 18-22, before COVID-19 managed to ruin our social lives, a group of twenty 'Seconde' embarked on a theatre trip to London. For five days we resided in the lovely St Paul’s youth hostel, which was perfectly located for the adventures we would experience. On the first day, we had a guided tour of the Globe theatre. That evening we saw the iconic musical Hamilton. This incredible show, based in history, made us to turn to each other in pure amazement. This performance brought some of us to tears, showing just how magical theatre can be.
On day two we visited the Arts University, Goldsmiths for a drama workshop, then did some city sightseeing. That night, after dinner in a Cuban restaurant, we were blessed to see Daniel Radcliffe in Endgame at the Old Vic, a play by Samuel Becket that initiated us into the absurd theatre genre. The following day, we started our own performance project on the Great Gatsby with the Anna Fiorentini Film and theatre school. We learned so much during the two day acting and dance workshop (including dancing which is not as easy as it looks!) At night we saw an ianteractive Gatsby performance in a Mayfair mansion. It was totally amazing, unlike anything we had ever seen with clever interaction between the actors and the audience – e.g. everyone doing the Charleston together! On the last day we performed our version of Gatsby, which was fun and fabulous.  That night we saw the hilarious, physical comedy “The Play that Goes Wrong,” in the West End.

This trip taught us many things: the importance of acting in society and how the way we speak can be used to convey emotions and ideas. All of the participating students would like to thank Ms. Yuill and Mrs. Bethell for planning this unforgettable trip and putting up with all of us. 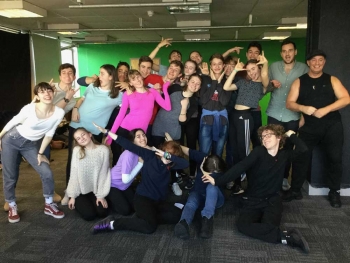 Twenty 2nde students went to London for a wonderful theater experience, accompanied by Ms Yuill and Mrs Bethell. We stayed at St Paul’s Youth Hostel, an ideal location in central London. The trip is aimed at giving students an immersion into a variety of theatrical genres, from comedy to West End musical to more classical drama.This year we saw a fabulous new musical about identity, Everyone’s talking about Jamie, an hilarious slapstick Comedy about a Bank Robbery, an Arthur Miller play, set during the great depression, The American Clock, and finally a mixed media piece performed in the Natural History Museum, The Wider Earth, which told the story of a young Charles Darwin, through acting, puppetry and projections, using a revolving set. In addition to our theater visits, the whole group took part in two days of exciting workshops with a Director and Choreographer from The Anna Fiorentini Theatre and Film School. During the full day workshops the students learned group choreographies and devised an innovative piece of dance/drama based on the story of Jekyll and Hyde. They gave a fantastic performance at the end of the two days. We also managed to fit in a visit to Goldsmiths University, including a drama workshop, campus tour and Q & A session. Other activities were a walk along the Thames to The Globe Theatre, where we saw an exhibition and demonstrations of sword fighting and how to wear Elizabethan costumes. The trip was a huge success and the students who took part commented it was “incredible”, “memorable”, “amazing” and the “best trip ever”.

The theatre trip for 2ndes has been running for seven years, and long may it continue! 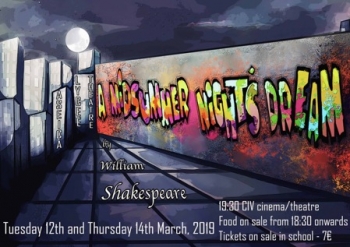 The ASEICA lycée theatre production, A Midsummer Night’s Dream by William Shakespeare, was performed on the 12th and 14th of March 2019. In addition to these two evening performances, 5ème students from the different collèges attended the dress rehearsal and there was a performance to all 2nde students on the Tuesday afternoon as well. I chose to produce this play this year because, besides being a text all our students study in 5ème, it is a fun, fast paced story of LOVE, CONFUSION and MAGIC. It also has quite a large cast of 21 characters: there are the Athenians, four young lovers, the mechanicals (a group of workers rehearsing a play) and the fairy world, reigned over by the King and Queen of the fairies. Rehearsals took place every Wednesday afternoon and some Saturdays.

The actors, all from our lycée, played their roles magnificently, speaking Shakespeare’s language fluently with understanding and conviction. The group also worked hard on mastering the comedy and creating exciting, quirky characters.There was great music by Ms Syran who modernized Mendelssohn's melodies and created additional songs using Shakespeare’s original text for the different character groups. The fairy group had a punk/rock feel, the mechanicals a hippie feel; this was also reflected in their costumes and make up. Mr Duffy and his tech crew created and constructed a fabulous set; Athens was reflected as a white world of order with neon blue lights and the ‘magic forest’ was reinterpreted as an urban jungle, of graffiti, platforms on different levels with ladders, old tyres and oil drums.

The tech students worked hard to create some wonderful visual effects with fluorescent paint and UV light.The show demanded energetic performances from all the actors and culminated in a chaotic rave scene with singing and dancing, for our finale.The play appealed to audiences of all ages, who were all very complimentary and enthusiastic about the talent of our young performers and this dynamic production.

Well done to all involved! 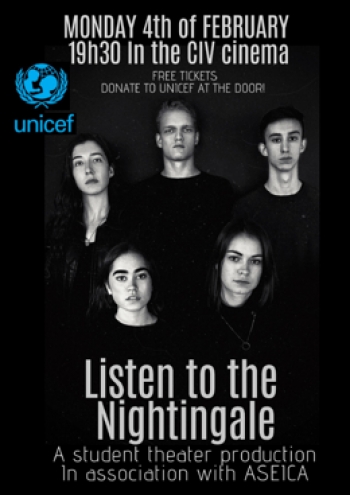 With the help of the Aseica Theater Department, Philomène Cheynet, Tle student, is producing and acting in her own play. “Listen to the Nightingale» is a dramatic one-act about the military dictatorship in Argentina in the 1980s. The other actors are Ryan Lamy (1ère), Eivind Soerum (Tle), Annabel Duport (1ère), and Lily Hill (1ère).

The show will take place in the (renovated!) cinema Alma on Monday February 4th at 19h30.

Entrance is free but donation to the Unicef are welcome. 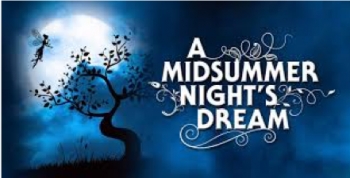 The lycée theatre troupe is currently working on a musical production of Shakespeare's "A Midsummer Night's Dream" for March 2019. W. Shakespeare's original text will be used but the setting and context will be modern.

Last year, the students worked on 'Pride and Prejudice' by J. Austen, under the direction of Kirsty Yuill, assisted by Kathryn McGrath. The music was directed by Nora Louise Syran and the fabulous Tech Crew were under the guidance of Duffy Pleasance.

Performed by a fabulous cast of ASEICA 2nde, 1ère and Tle students.